A recent neuroscience study reveals the impact of technology integrated with full-motion digital screens on encoding is up to 4 times more powerful than full motion video, in particular when looking at DOOH. 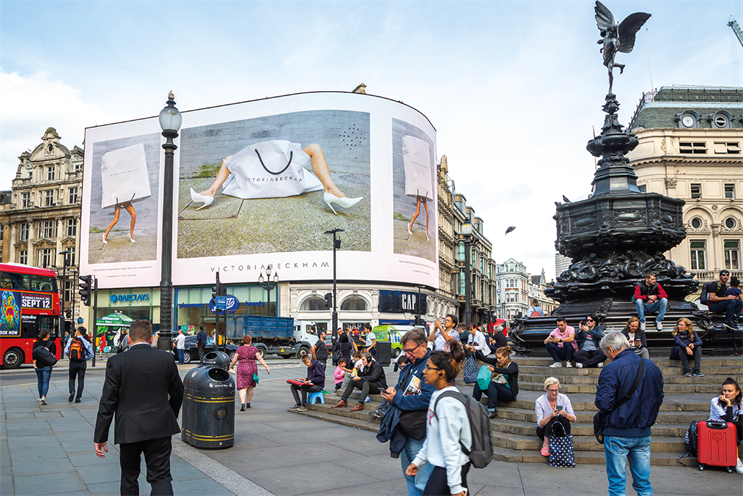 DOOH is about more than just full-motion video; with screens now incorporating cutting-edge technologies including image detection, vehicle detection technology, live streaming, and augmented reality, DOOH locations are more interactive than ever before.

Now, a new study has revealed the impact of interactive technology on consumers, showing that full-motion screens which include interactivity are, on average, over three times (3.3x) more impactful than regular full-motion sites.

“We measure brain response, looking second-by-second at what’s happening in different parts of the brain,” says Heather Andrew, founder and CEO of Neuro-Insight at the time of the study. “Most importantly, we measure what’s being sent down and encoded into long-term memory. If information gets into memory, it indicates we’ve already potentially found a use for it – and because of that, there’s a very strong correlation between memory and behaviour.”

Put to the test
In the first of four tests, participants connected to Wi-Fi and used a torch app on their phones to interact with the screen – eliciting 52% higher impact in terms of memory encoding effectiveness than simple full-motion sites.

The second test involved watching either a fashion show or a Formula E race. “When people were seeing something they perceive as a live film, as opposed to a regular fullmotion film, levels of memory encoding were more than three times higher,” says Andrew.

That figure rose even higher for the third test, which used Ocean’s LookOut image detection technology to place participants in an augmented reality world on the screen, interacting with animated characters. This AR experience was almost four times more impactful than full-motion DOOH. “There’s nothing that drives brain response more strongly than seeing ourselves as part of a brand story,” explains Andrew. 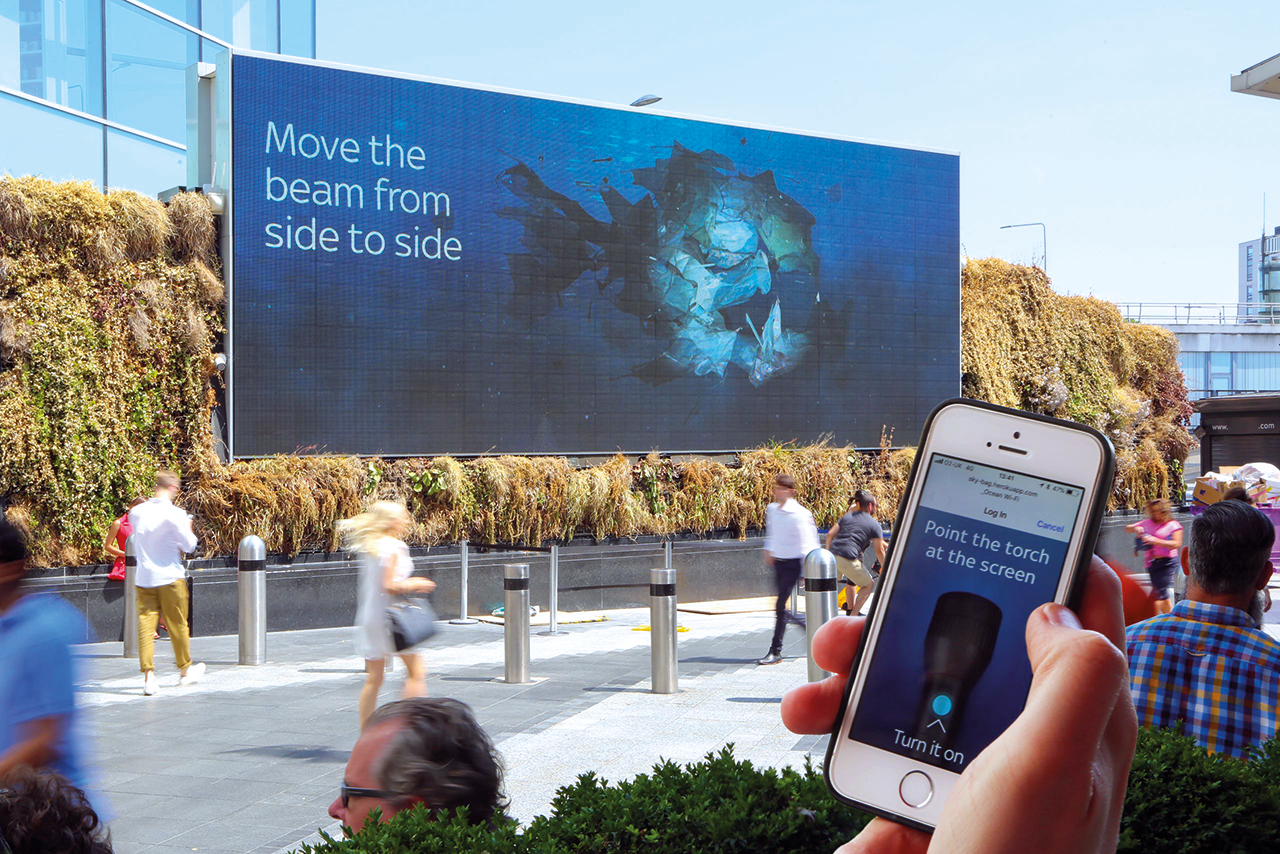 Most effective of all, though, was social media interactivity. “The subjects took selfies and saw them projected onto the screen as part of a chain of Twitter interactions,” says Morgan. “This activity drove the strongest levels of brain response – it was over five times the level we got for full-motion digital. It’s because it’s driving the two things that are most important to us in terms of brain response – it’s interactive, and it’s featuring us.”

“Interactivity really matters,” says Andrew. “If you look at people’s brain response to a Facebook page, you get really high levels of visual attention, and quite low levels of memory encoding – because we’re just sifting through content, we’re not filing it away. As soon as we become part of that content, then it’s a very different experience.” 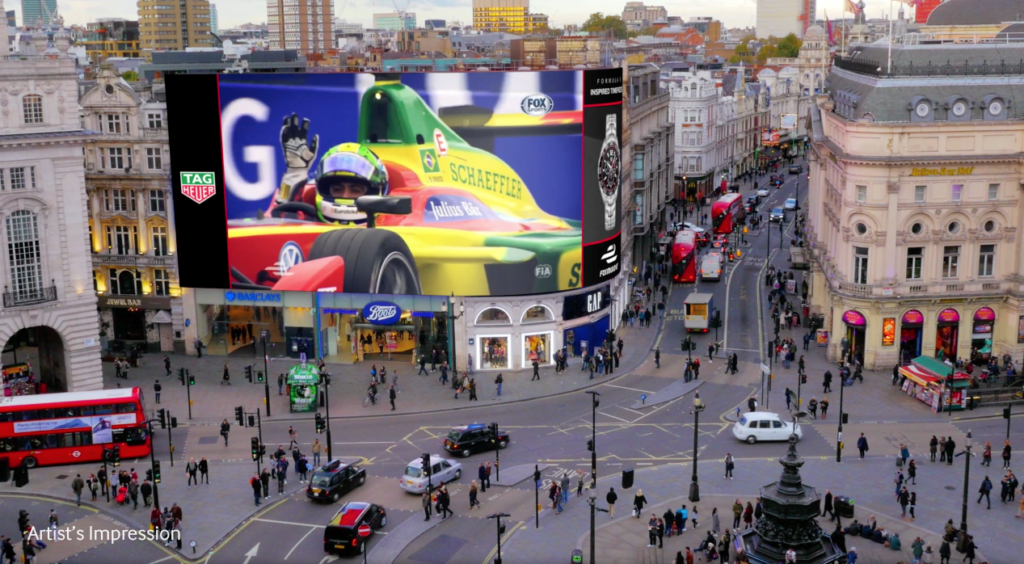 Oceans Outdoor has been driving new technology here in the UK and around the world. One of the exciting things they have done this year was partnering with Formula E (a super-fast growing sport) and showing the races on large DOOH screens around the UK in order to gain more awareness and interaction amongst the younger mobile generation.

For brands, it means they are able to offer on-screen sponsorship of new age motor-racing action to both official and non-official sponsors and interactive activations which are powered by our clever Wi-Fi connected screens. This enables more engagement with people, leading to more memory recognition.